LOS ANGELES, CA – Today, the Los Angeles County Commission on Human Relations (LACCHR) released its annual analysis of hate crimes reported throughout Los Angeles County in calendar year 2020. Since 1980, LACCHR has compiled, analyzed, and produced this annual report of hate crime data submitted by over 100 law enforcement agencies, educational institutions, and community-based organizations. The total of all reported hate crimes in Los Angeles County grew 20% from 530 to 635. With the leadership and support of the Board of Supervisors, LACCHR and its partners have worked to prevent hate in LA County, including with the launch of the L.A. vs Hate initiative in 2020.

“Similar to national trends, hate crimes and incidents have increased across the board in Los Angeles County,” shared Los Angeles County Board of Supervisors Chair Hilda L. Solis, Supervisor to the First District. “This report is another alarming reminder that we have a long way to go in building a more inclusive and just society. The LA vs. Hate initiative, which started through a motion I authored back in 2019, continues to be a critical tool for the County to combat against hate.”

“The numbers in this report represent real people in our County who experience targeted violence for their existence and religious beliefs,” said Supervisor Holly J. Mitchell. “We know that the 20 percent increase in hate crimes in 2020 does not account for the acts of hate that are never reported. I commend the LA County Human Relations Commission for this annual report and for helping to improve data collection and provide culturally competent resources with initiatives like LA vs Hate. Our work is not done in helping to prevent violence and protect survivors. It is our collective responsibility to stand up to all forms of hate.”

“Despite the many victories gained for LGBTQ equality over the past few decades, this report makes it abundantly clear that homophobia has not disappeared,” said LA County Supervisor Sheila Kuehl. “Hate crimes perpetrated because of a victim’s sexual orientation are up 17% over the past year, and they involve a significantly higher rate of violence than crimes based on race or religion. This country’s struggle for equity and inclusion is vastly incomplete, and I urge everyone in LA County to get involved in efforts to counter these attempts to frighten and harm our valued minority communities.”

“The pandemic intensified so many problems that already existed in our society including hate and prejudice,” said Supervisor Janice Hahn. “It is a tragedy that in 2020, so many of the same communities that were impacted most by COVID-19 were also victims of this disturbing increase in hate and violence.”

“It is deplorable that hate crimes continue to persist in L.A. County,” said Supervisor Kathryn Barger, who represents the County’s Fifth District. “Arson against the San Gabriel Mission was one particularly egregious act. Hate crimes aimed at religious properties has only increased over the past two years, during the COVID-19 pandemic. Awareness and understanding the issues that drive individuals to commit these crimes will go a long way to promote healing and prevention. Hopefully, one day, we will no longer have a need to release hate crime data because it will not exist.”

“The Human Relations Commission’s report on hate crime is essential to doing our work to uplift and protect our most vulnerable,” said Otto Solórzano, Acting Director of LA County’s Department of Workforce Development, Aging and Community Services (WDACS). “Thank you to the Board of Supervisors for sharing their vision of a hate-free LA County with vibrant, thriving communities free of prejudice and inequity, and for the resources to help combat this tide of hate.”

The report’s significant findings include the following:

“In a year that will be known for the COVID-19 Pandemic, this report documents that the virus of hate and prejudice also spread in historic ways,” commented Robin Toma, the Commission’s Executive Director. “The surprising rise in these horrific hate crimes in 2020 – despite less social interaction resulting from closed businesses and schools and people sheltering in place – makes the case for the continued courageous investment in LA vs Hate that can inoculate our communities against hate.”

“This report gives voice to the hundreds of nameless victims of hate crimes that aren’t reported in the media,” stated Commission President Dr. Guadalupe Montaño. “For a small agency like the Human Relations Commission, the report and LA vs Hate are ambitious undertakings, but well worth the investment.”

In response to the rise in hate, the Board of Supervisors had previously directed LACCHR to build a multi-year campaign to prevent and respond to acts of hate in the County, which resulted in the L.A. vs Hate initiative. The initiative has three components: (1) a community-driven marketing campaign to encourage residents and organizations to unite against and report acts of hate; (2) the first government hotline (via 211) for reporting acts of hate and providing assistance to hate victims; and (3) a network of community agencies that provide rapid response, support and advocacy, and hate prevention services. Since launching in June 2020, L.A. vs Hate content has been viewed over 468 million times and has been shared over 88 million times. Since September 2019, when L.A. vs. Hate and 211 began accepting calls to report hate, L.A. vs. Hate has received more than 1,400 reports.

For more information on the L.A. vs Hate initiative, including shareable graphics ready-made for social media, please click here. 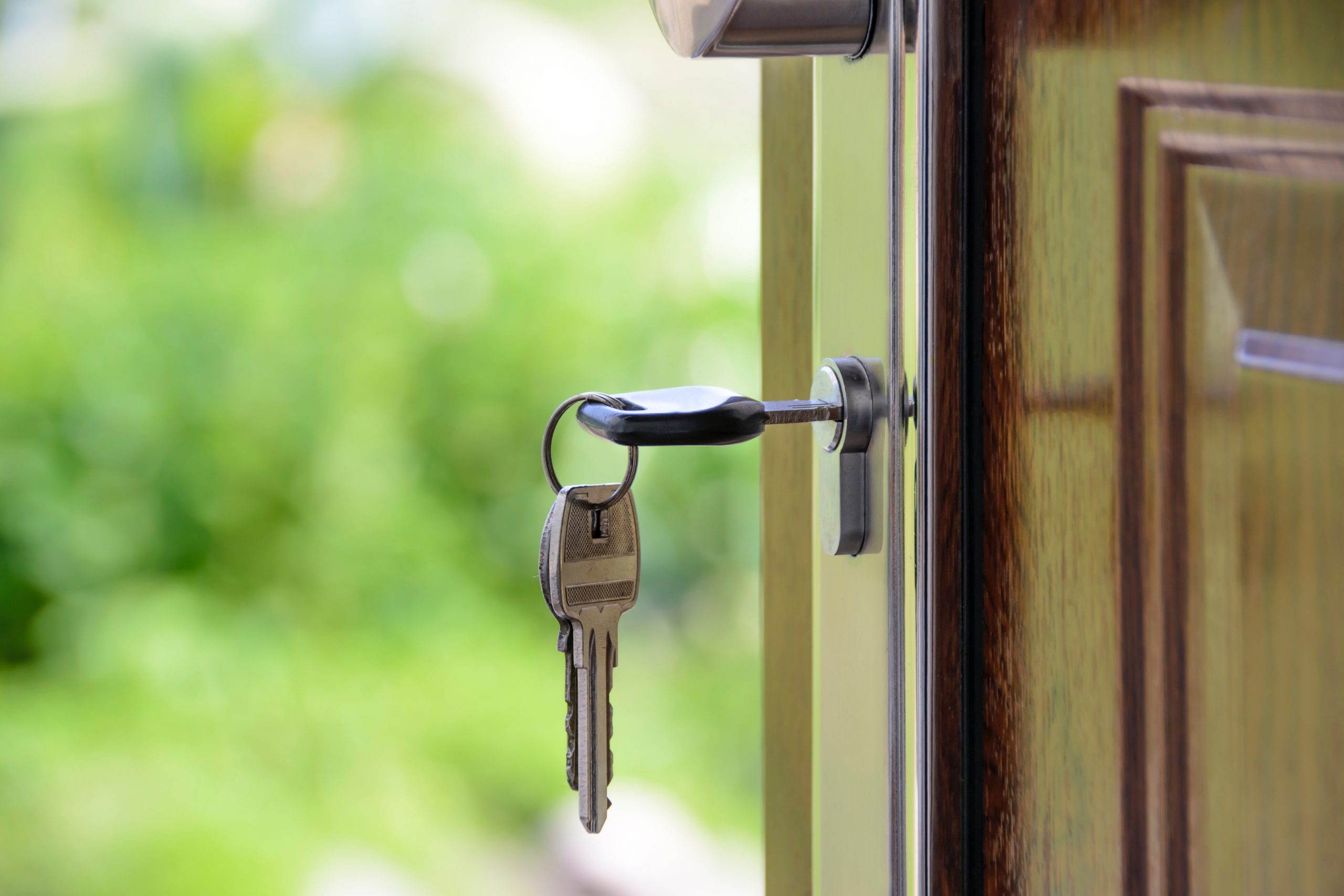 Los Angeles County and partner agencies are available to answer questions regarding the expiration of the eviction moratorium and offer mediation and resource referral services. Help is available i... 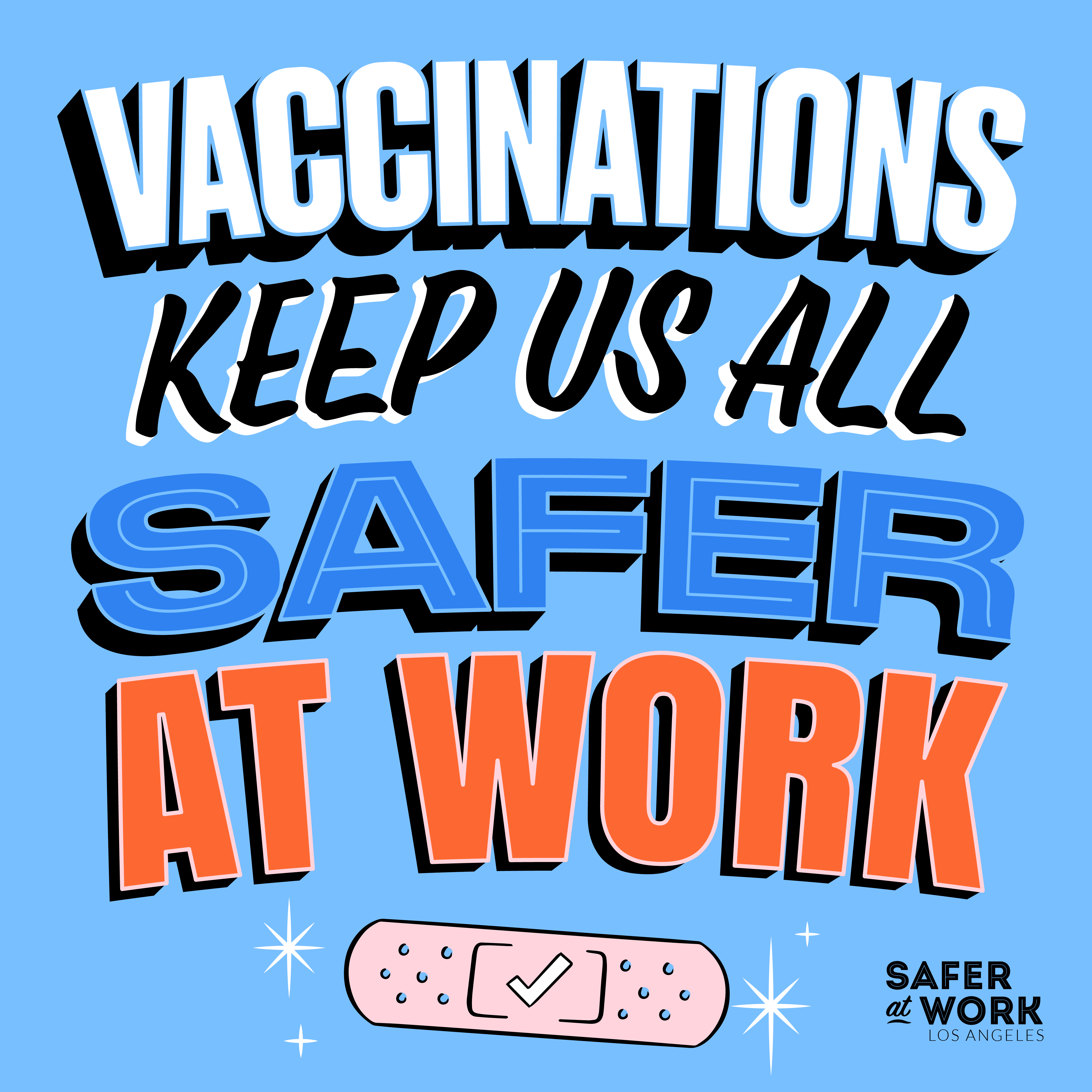 Safer at Work in LA County

Together, we’re committed to reopening LA County as safely as possible. Safer at Work Los Angeles is a collaborative, County-wide campaign created to remind us that together, we will restore our lo... 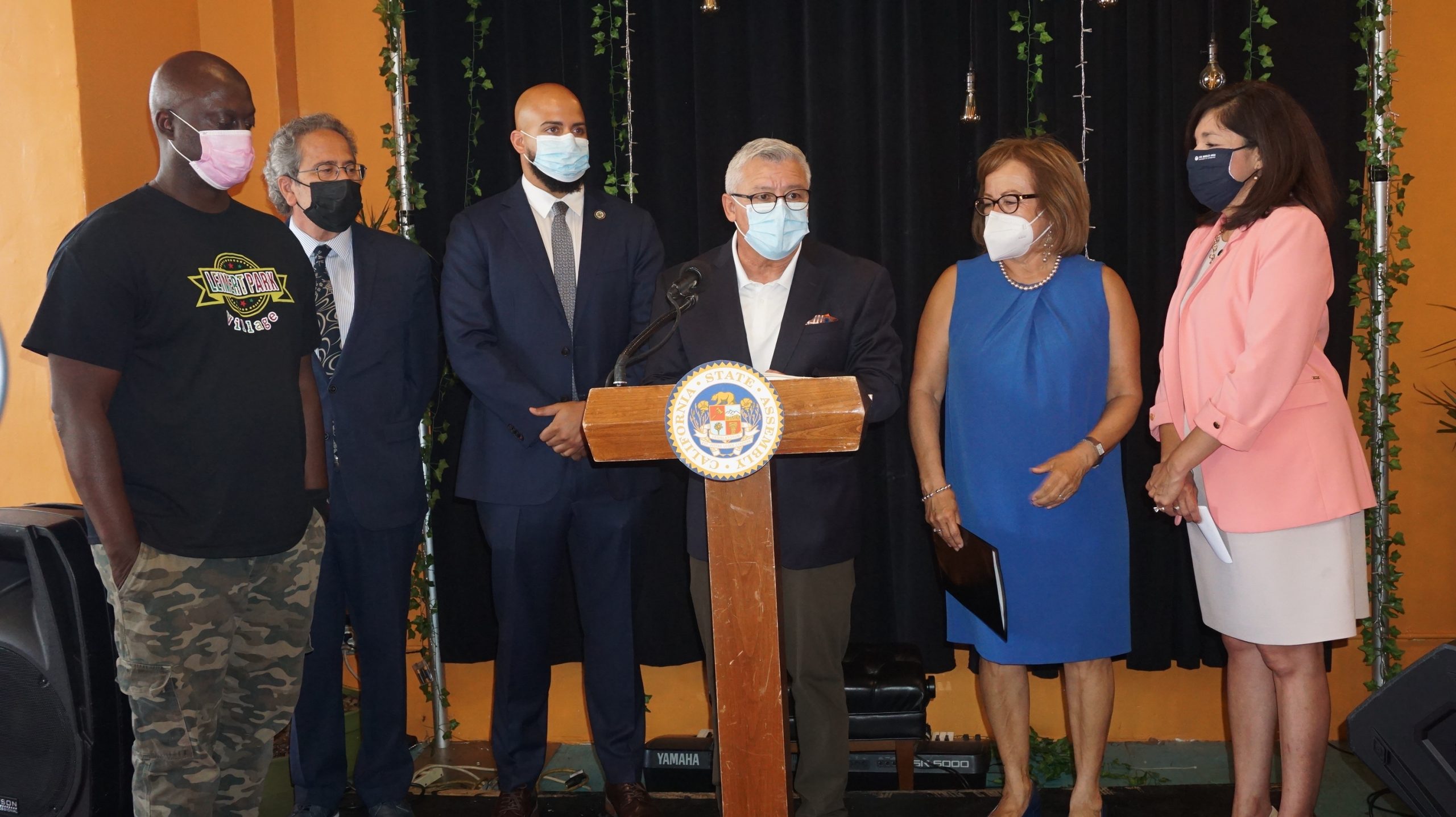 Beginning January 1, 2022, LA County businesses will be able to apply for a tax credit (up to $30,000) for hiring up to three eligible individuals currently or recently experiencing homelessness. T... 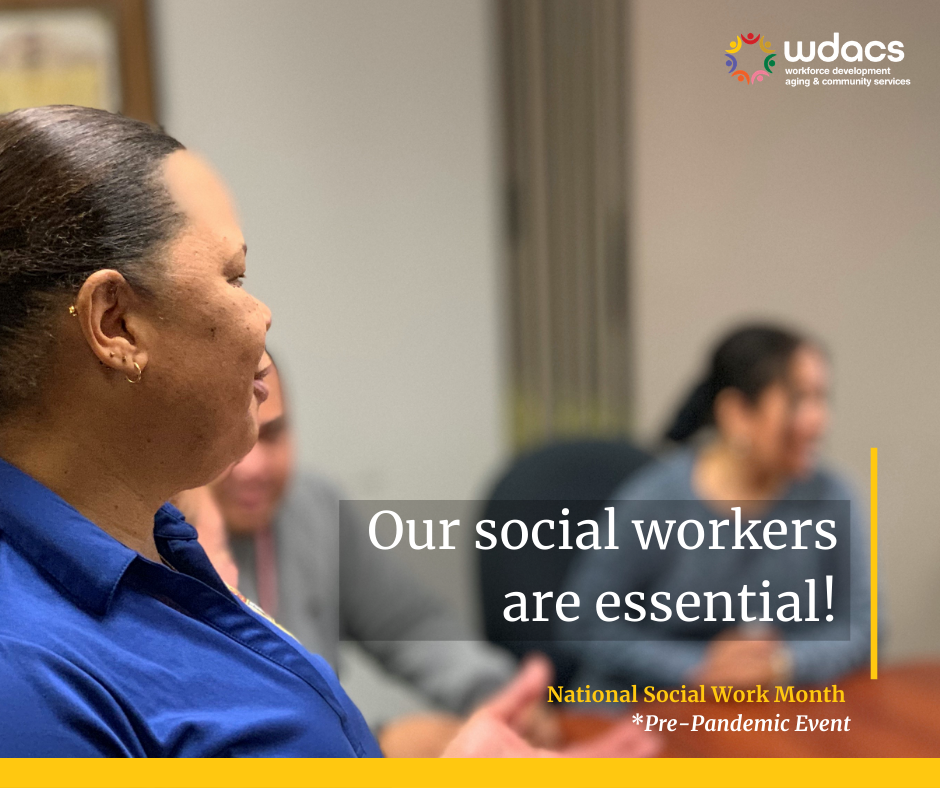 WDACS joins the County of Los Angeles in the national observance of Social Work Month in March. We’d like to celebrate the 188 WDACS social workers who protect LA County older adults from abu... 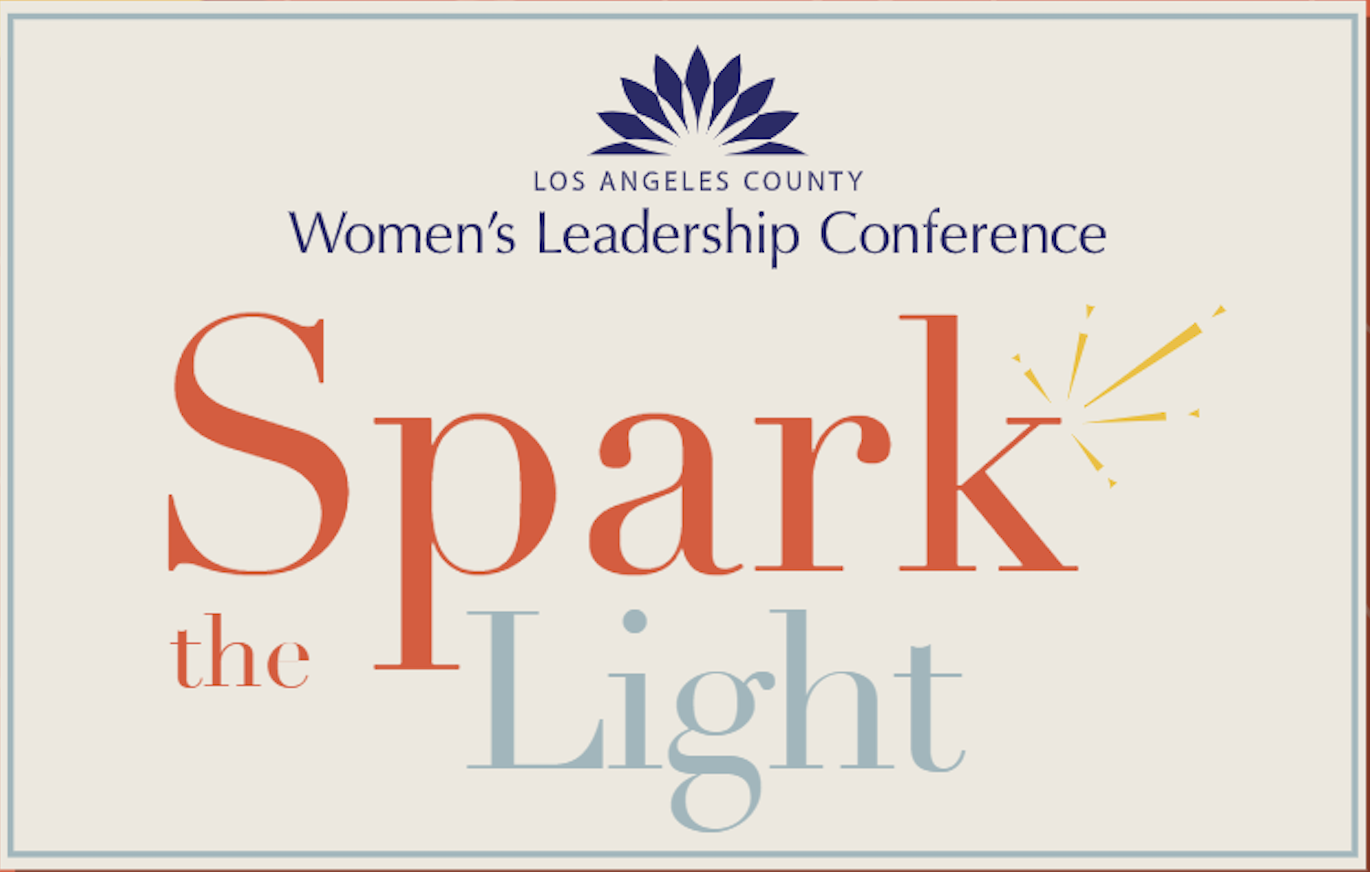 Stop by one of our mobile vaccine clinics tomorrow. Get more info here: https://t.co/fwAUiNP9OZ https://t.co/KUVaeYKXsR
View on Twitter
2
5